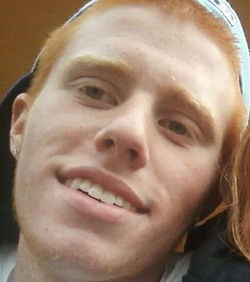 
Bryce Laspisa is a 19-year-old college student who went missing from Castaic Lake, California on August 30, 2013.

Here is the story of Bryce Laspisa's disappearance.  I copied this timeline from Websleuths.com.  I think it's pretty accurate because it seems to agree with the news stories I've read.  If you just want to see the reading, scroll down to where it says "II.  READING".

8/26 (Mon.) - Bryce goes to class. The mother states she had a “good normal conversation” with him.

The report then says that the family has a photo taken of him that afternoon in which he appears happy.


8/27 (Tues.) - Bryce's girlfriend notes that he is acting weird and he then admits he took some ADHD medication.

10:00 p.m. - Wednesday - Bryce reportedly tries to break up with his girlfriend. Friends, concerned about his behavior, take away his car keys.

10:30 p.m. Wednesday - Karen Laspisa tells the friends, by phone, to return the keys to her son after she speaks to him. He tells her: “I have a lot to talk to you about.”

9:00 a.m. Thursday - Bryce runs out of gas near the Buttonwillow Rest Area, west of Bakersfield.

12:00 p.m. Thursday - a roadside assistance serviceman named Christian delivers three gallons of gasoline to Bryce, according to a $20 credit card purchase for the fuel. “He’s not answering his phone (at this time),” his mother said.

12:30 p.m. Thursday - Karen Laspisa calls serviceman Christian and asks about her son. He tells her he appears “OK” but adds: “His eyes look a little red.” Bryce does not answer his cell phone.

9:00 p.m. Thursday - responding to a call from the mother - CHP officers stop and search Bryce’s car spotted on Lagoon Drive in Buttonwillow. Some reports say they searched for drugs or alcohol but found none. The mom told John and Ken that the police spent 20 minutes with her son.

Shortly after 10 p.m. Thursday - Karen speaks to her son on the phone and asks: “What are you doing?” His response, she said, is: “I’m going to hang with friends later.”

11:00 p.m. Thursday - Bryce tells his mother he’s buying a beverage at a gas station. A purchase is made for $1.71, she said.
Shortly after midnight Thursday - “He tells me he’s on the I-5 south but he’s telling me nothing,” she said.

As per Uncle dragracerz-Bryce bought $39 worth of gas at the Valero Station on Lagoon Drive in Buttonwillow.

2:08 a.m. Friday - Karen Laspisa talks to her son for the last time. He tells her his GPS tells him he will arrive in Laguna Niguel in three hours and 25 minutes. “He told me ‘I got off the I-5 and I’m in a suburban area. I’m going to sleep in my car.’”

2:08 a.m. to 5:00 a.m. Friday - Bryce makes three trips to the crash site – the last trip ending with the crash, according to what his mother described as surveillance footage captured by cameras set up near Castaic Lake.

5:30 a.m. Friday - CHP officers locate his overturned SUV on a paved access road that leads to the Castaic Lake Main Boat ramp, at the bottom of a 15-foot ravine, on its side, with its rear window smashed. Although he left the valuables – laptop, cell phone and wallet – a duffle bag is found at the rear of the car and zipped open, prompting investigators to suspect he took something from it. He walked back from his car to a nearby lake after the crash, it appears.

Now for the reading:
Bryce's horary chart tells me the following:
1.  He is dead.
2.  His car had a "moment of crisis" which could only have been the car crash.  He also received a head injury at the time of the car crash.  Both the head injury and the car crash were closely connected with his death.
3.  He was intending to meet with a friend for the purpose of fun and entertainment, but the car crash happened before the meeting.  The friend was not connected with his death or the car crash.
4.  There was no person except Bryce who was connected with the car crash, the death or the head injury.  That means there was no murderer, and no kidnapper.  It was an accident.
5.  Bryce's significator is in the twelfth house, which means he might have been under the influence of drugs.  It also means that he was sleepy.
6.  I have several possible locations for Bryce's body, but one of them is northwest of his home, about ninety miles--the same place as Castaic Lake.  That means Castaic Lake is a likely location for his body.

Now, let's see how my reading fits in with the timeline.  Let's start at the beginning of the timeline.  Monday, his mom said she had a "good normal" conversation with him.

According to my reading, the influence of drugs played a role in Bryce's misfortune.  Tuesday, the timeline says his girlfriend thought he was "acting weird", and he told her he took some ADHD medication.  Let's stop for a minute here.  Why would he take ADHD medication?  Did he have ADHD?  It was never mentioned in the news.  Usually, if someone who goes missing has some kind of autism spectrum disorder, it's going to be part of the news story.  Was he using the drug to get high?  He would have had to snort it, in which case he would have had a runny nose, which no one mentioned.  Usually people who want to get high are also in the habit of drinking alcohol, and there's no mention he was doing that.  In fact, when the police searched his car, they didn't find any drugs or alcohol.  I think the most likely reason for his taking ADHD medication was that he was using it as a stimulant to help him have more energy for studying and to help him make good grades at college.  He must have gotten hold of the medication by getting himself falsely diagnosed with ADHD (an easy thing to do with some doctors) and getting a prescription.  Or, he could have borrowed, bought or stolen a few pills from one of his friends who had a prescription.

According to an article at drugfree.org, published on June 11th, 2012,

"A growing number of high school students are using attention deficit hyperactivity disorder (ADHD)  drugs, such as Adderall and Ritalin, to help them get better grades, The New York Times reports. Teens get them from friends, buy them from student dealers, or pretend to have ADHD in order to get prescriptions.

These medications can calm people with ADHD, but they can provide energy and focus for people without the disorder. Abusing these drugs can lead to mood swings and depression, heart irregularities and extreme exhaustion or even psychosis during withdrawal, according to medical experts."

So now the question about Bryce is, how much of this medication had he been taking, and for how long?   If he was in the habit of taking ADHD Medication, his nutty behavior described in the timeline begins to make a lot more sense.
On Tuesday, he tried to break up with his girlfriend.  Maybe they weren't getting along because she didn't like the way the medication was making him act.  The press reports that then "Friends, concerned about his behavior, took away his car keys."  I think that shows they thought he was acting so crazy, or intoxicated, that they were worried about letting him drive a car.

So, the next thing that happened was his mom called and wanted him to come home for a visit, but he said that his friends wouldn't let him have his car keys.  The timeline says "Karen Laspisa, by phone, tells the friends to return the keys to her son after she speaks to him".  I think he didn't tell her the real reason they had taken away his car keys.

It's about a 5.5 hour drive from Chico to Buttonwillow, but it took him 9.5 hours to get there.  The service
man who delivered his gas at 12:00 pm Thursday told his mom that his eyes were red. He stayed in Buttonwillow from 9:00 am until 9:00 pm on Thursday.  No one knows what he was doing during all that extra time.  I think a lot of those hours might have been lost by sleeping. Even an occasional use of that medication could cause him to be more tired than normal, and going on such a long drive would cause him to have needed some rest by Thursday morning anyway.

Just after 10:00 pm on Thursday, he tells his mom, "I'm going to hang with friends later."  The chart shows he was trying to meet with one or more friends, but the meeting never happened.  It shows that the car crash happened  before he was supposed to meet up with them.

Thursday night, he starts driving toward home again, but in just a few hours he's tired again.  The last time he talked to his mother, he said he was going to pull over and get some rest.  It's known that the place he pulled off the road was at a celphone tower at Castaic Lake.

Anyone who wants to get a good look at the accident scene can go to Google maps and see it.  First, type in "Castaic Lake Dam" in the search box.  Click on satellite in the bottom  left corner.  Then, pan to the right a little bit and you'll see where there's a "Y" at Castaic Lake Drive and Main Ramp Road.  Just north of there is a celphone tower that is accessible from Castaic Lake Drive.  If you zoom in to street view, you'll be able to see the celphone tower clearly.  That's where Bryce tried to pull in and get some sleep.  His car either rolled or skidded down that hill in a due-northwest direction until it reached Main Ramp Road at the bottom of the hill. The car was found overturned at the edge of the road on Main Ramp Road.  The back window had been broken out from the inside, as though he had broken it to get himself out of the car.

No one knows what happened to him next.  According to my reading, he received an injury to the head during the accident.   It was 5:00 a.m., and very dark outside.  With a head injury, and not able to see because it was dark, he could have easily stumbled and fell.  The chart shows he died of his head injury.  It shows him to be in a location of earth and water, and near Castaic Lake.  That means his body could be on the ground near the lake, or he could also be lying on the muddy lake bottom, under the water.  The police did search the area, but just because they didn't find him doesn't mean that he isn't there.   There have been a lot of cases where the body was found in a place where the police had already searched.
Powered by